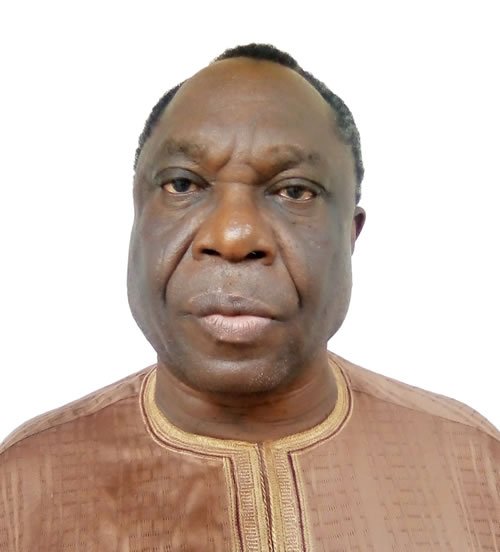 Prof. Emmanuel Oladipo obtained his Ph.D in Geography with specialization in Climatology and focus on Climate Change, Drought and Desertification about four decades ago from the University of Toronto, Toronto, Canada. Between 1982 and 1996 he taught and conducted research in areas of drought, desertification and environmental change at the Department of Geography, Ahmadu Bello University, Zaria and rose to the rank of a full Professor in 1992.

He worked with the United Nations Development Programme (UNDP) in Nigeria between 1994 and 2006 as the Sustainable Development Adviser and also led the Energy and Environment Team during which he facilitated, among many things, the revision of the country’s Policy on the Environment and the production of the First National Communication to the United Nations Framework Convention on Climate Change (UNFCCC). He was the Regional Coordinator of a GEF-assisted Integrated Ecosystem Management Project between Nigeria and Niger between 2006 and 2012. The Project implementation led to the restoration and rehabilitation of some degraded areas and also established sustainable conditions for integrated ecosystem management for improvement in the livelihoods of the local communities and preservation of globally significant ecosystems in the transboundary catchments between Nigeria and Niger.

Prof. Oladipo coordinated the National Technical Working Group on Environment and Sustainable Development for the Vision 2020 Report in 2009. He had an extensive consultancy relationship with the World Meteorological Organization (WMO) on Climate Change and Drought and Desertification between 1983 and 1995. He participated in a number of activities of the Intergovernmental Panel on Climate Change (IPCC) between 1985 and 1992, including being a contributor to two chapters of the First Scientific Assessment Report of the IPCC in 1990. He had also executed many consultancies with the Federal Ministry of Environment, UNDP, AfDB, World Bank and the National Infrastructural Assistance Facility (NIAF) on issues of climate change, drought, desertification and environmental sustainability.

Prof. Oladipo has been leading the Nigerian delegation on Adaptation to the UNFCCC Conference of Parties (COPs) since 2009. He is currently relating with the Department of Geography, University of Lagos, Lagos in the area of building the capacity of younger academics in Climate Change analysis.