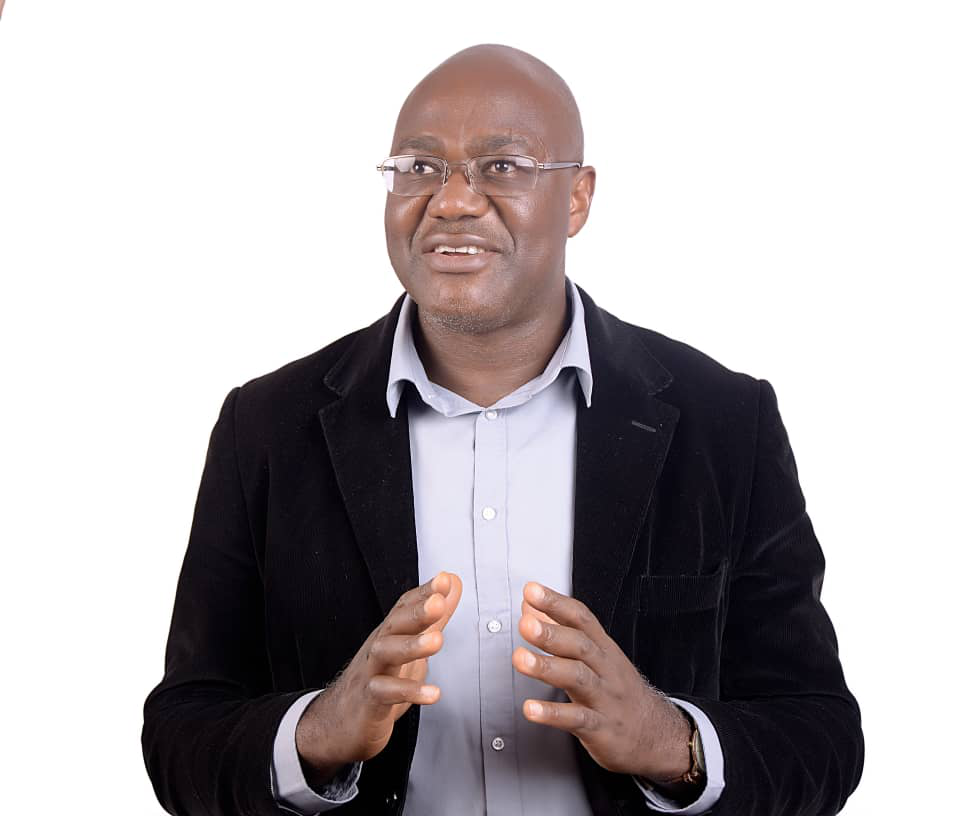 The ICCI is one of the leading youth-led voices on climate change concerned about creating a sustainable environment for all, through the various initiative formulated and implemented by the organization. Every Wednesday, the organization engages the general public by bringing on board seasoned experts to discuss issues on climate change and proffer solutions to them.

During the interesting and enriching chat that attracted several dignitaries within Nigeria and across Africa, including the Hon. Minister of Environment, Nigeria, Ms. Sharon Ikeazor, Professor Okereke emphasised that the young people have a critical role to play in addressing climate change, by being the engine for climate innovation and called on the authorities to strategically engage the young people in every process of proffering solutions to climate change.

Below is the transcript of the chat.

How would you like to introduce yourself to our online friends and followers?

Thank you. I am Professor Chukwumerije Okereke, Director of the Centre of Climate Change and Development at Alex Ekwueme Federal University in Ebonyi State Nigeria (AEFUNAI). I also teach at Oxford University and Reading University both in the UK. Assessment Cycle, WG III.  I am the Coordinating Lead Author in the United Nations IPCC Sixth Assessment Cycle WGIII. I am also the Principal Investigator of a project to promote public participation in the drafting and implementation of Nigeria’s NDC that is funded by the World Resources Institute (WRI). I have been privileged to lead serval high-profile projects on climate change, climate justice, national green growth transition in Africa, climate adaptation, business climate strategies, and advise governments, corporates, and international institutions (e.g. UN, African Union, and the African Development Bank).

As the lead author of the recent IPCC AR5 Assessment report, how well do you think the science of Climate Change is communicated to young people?

I must say that communication has been poor. The IPCC sees national governments as the primary audience of its work. This is understandable since it is an intergovernmental panel. And of course, national governments are key players in climate action. However, I think it has to be accepted that there are several other key players such as NGOs, businesses, and increasingly young people who need to be centrally involved in the fight against climate change. For example, we are all aware of the incredible influence that Greta Thunberg and a host of young people around the world have done to encourage climate awareness and action in the last few years. At the same time, it should be stressed that climate change is an issue of intergenerational justice because it is the young and future generations that will bear the greatest impact of climate change. For these reasons I think it is vital that the IPCCC as well as national governments around the world make a greater effort to ensure that young people are well informed about the threats and risks as well as the opportunities linked to global climate change.

Do you think young people have been effectively engaged in ensuring the successful implementation of the NDCs?

The general lack of engagement of the public including young people in the crafting and implementation of NDC is the key motivation why I approached WRI to fund the project on increasing public participation in Nigeria’s NDC. Of course, it has to be said that this is not a Nigerian problem. All over the world, there is plenty of space to systematically engage the youth, the leaders of tomorrow, and the future generation who are likely to suffer the most from inaction on climate change in critical decisions on how climate change policies should be designed and implemented.

What does meaningful youth participation mean in achieving climate action and building climate-resilience?

What would be your top three recommendations for young people to be better integrated into Nigeria’s current NDC revision process at the national level?

The government should make a genuine concerted effort to reach out to the youth, invite and facilitate their meaningful participation in all the NDC meetings, workshops, dialogues, and related events. The youth should be adequately represented and actively involved in the data collection, analysis, and drafting of the report. The youth or the government can form a national youth council on climate change as a pressure group to articulate their positions on all the key issues for the NDC and lobby to see as many of their position as possible incorporated in the NDC.

Beyond the advocacy and activism scope, how tangible would you regard the role of young people in the science and negotiation scope of the NDCs and other climate change conversation on the international scene?

There is NOT a single scope or aspect of climate science and governance where the voice and influence of young people are not needed or possible. Young people can serve as the engine for climate innovation. Young people around the world are doing incredible things to address climate change from promoting climate education in schools, planting trees, transforming waste to wealth, designing and manufacturing solar panels, improved cooking stoves, among several others. Young people should not wait for encouragement from anybody and they should not accept discouragement or intimidation from anyone. They have the same right as anyone else to have a say on the way climate change should be addressed in their countries. Often it young people that better understand the need for urgent action on climate change. They also have the energy and drive to take action. Often young people are the ones that can come up with novel solutions when the older generation are bound by unselfish interests, inertia or the system with which they have been aquatinted for long.

What’s the progress and tracking mechanics for the Nationally Determined Contributions NDCs, particularly in Nigeria?

I think it is more or less left for the Department for Climate Change (DCC) of the Federal Ministry of Environment, but this in my view is not good enough. The Hon Minister and Hon Minister for State have also been great advocates and champions of the NDC. But again, they can’t do everything, especially given the complex nature of the government. It would be much better to have a statutory body comprising of eminent national climate scientists including youth representatives that is saddled with the role of monitoring the implementation of the NDC. This is one major area of change that I would like to see with regards to NDC implementation in Nigeria.

What advice or recommendation will you give to the government in involving young people in the ongoing NDC revision?