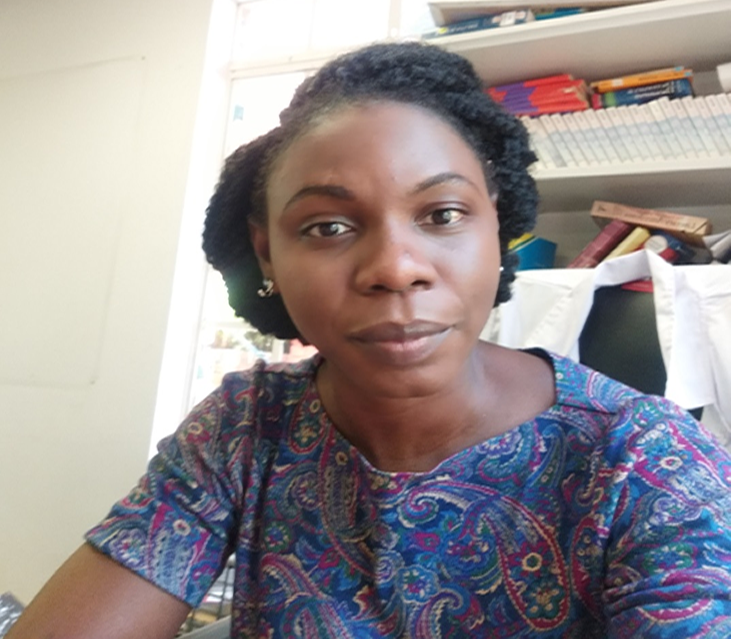 It is impossible to spend a day in Lagos Nigeria without encountering plastic. From the street hawkers who sell water in plastic sachets to the bottling companies who rely on plastic for their packaging needs, plastic in Lagos is big business and consequently, big pollution.

Except for the opulent suburb of Victoria Island, the rest of the city is like a game of plastic Jenga, where the players are so adept at building the stack, there is no indication of an impending collapse. Businesses in the city, including culinary outlets, bottling companies and raw food vendors rely on plastic for their packaging needs and the success of their business. Consequently, the positive economic impact of plastic has muted its ill-effects. Despite the increased global outcry against plastic pollution, the ease of access to plastic as a packaging material, as well as its affordability, encourages its use and does not create urgency to seek suitable alternatives. Coupled with a lack of functional sanitation systems, this has resulted in uncontrolled plastic pollution in Lagos, exposing residents to harmful health effects and amplifying environmental degradation. 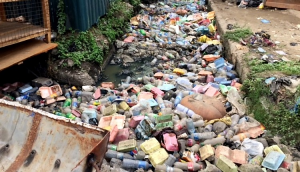 Plastic consists mainly of petrochemicals (some of which are carcinogenic) and endocrine-disrupting compounds like BPA. According to a study by Rubin (2015), strong linkages exist between the ingestion of BPA and health conditions such as diabetes and obesity. In women, BPA from plastic has been linked to recurrent miscarriages, and in men, a decrease in sperm quality (Rubin, 2015). Additionally, research shows that plastic is related to other chronic illnesses, including the development of cancerous tumours (Verma et al., 2016). Furthermore, plastic wastes contribute significantly to the physical degradation that is rife across the city of Lagos. Being a coastal city, the plastic waste in Lagos contributes to the pollution of the oceans and affects the health of aquatic life.

Flood drainages have been blocked by plastic material, resulting in the flooding of roads and loss of property during the rainy season. Hence, state environmental protection agencies must address the problem of plastic pollution with urgency.

Current effort to ban in Lagos

The Lagos State Environmental Protection Agency (LASEPA) is at the genesis of developing policies that address plastic pollution in the city. At the beginning of 2020, the agency banned single-use plastics from its premises in favour of multiple-use alternatives. While this might seem like a step in the right direction, the agency has failed to communicate this ban to the public and has not taken into consideration the importance of addressing plastic pollution in a step-wise approach that encourages sustainable development. Banning plastic in a city where businesses that contribute to GDP are heavily reliant on its use might be considered an aggressive move on the part of the agency and may result in a lack of buy-in from key stakeholders. Furthermore, without functional waste management technologies and integrated sanitation systems, the amount of plastic that has accumulated in the environment will not be processed appropriately, leaving the indelible mark of pollution on the city.

Moving Beyond a Ban

Therefore, LASEPA will need to consider a combination of approaches and policies aimed at maintaining the delicate balance between economic sustenance/growth and environmental health. The most obvious approach is to invest in city-wide sanitation services and waste management technologies to remove existing plastic litter all over the city. Although this will not reduce the use of plastic or its ill effects, it will aid the clean-up of existing plastic waste and unclog the city’s drainage system to reduce incidences of flooding. This can be accompanied by policies that regulate the disposal of plastic waste into the environment. A not-so-obvious approach is for LASEPA is to explore the local production of biodegradable plastics. Biodegradable plastics are said to degrade in environmental media within six months and are preferred alternatives to conventional plastic. This approach will sustain plastic-reliant businesses while reducing the exposure of the population to harmful carcinogens and endocrine disruptors. Accompanying policies enforcing the use of biodegradable plastics for plastic-reliant businesses can change the pollution landscape of the city. LASEPA can also stick to its current ban on plastic; however, it should implement this approach with a five-year transition plan where plastic-reliant businesses have sufficient time to explore suitable alternatives. The five-year transition period will give room for multiple stakeholders such as the government, small and medium businesses and the informal trading sector to drive an inclusive policymaking process that allows for dialogue and investment in systems and processes that yield sustainable alternatives to plastic. It is also beneficial for LASEPA to understand that plastic, despite its ill effects, holds incredible potential for establishing a circular economy. In the absence of functional waste management systems, converting plastic to new materials for paving roads can drive much-needed investment and address some of the pressing challenges such as the lack of roads in many parts of the city.

There is no single approach that can transform Lagos from the plastic dystopia it has become; being a densely-populated city with a large informal trading sector, it is a herculean task. However, addressing the foundation of waste management through small repeated and dedicated efforts will ultimately lead to the development of effective policies and make a difference for the residents of Lagos Nigeria.

Rubin, Beverly S. “Bisphenol A: an endocrine disruptor with widespread exposure and multiple effects.” The Journal of steroid biochemistry and molecular biology 127.1-2 (2011): 27-34.

4 Replies to “Saving Lagos from the Scourge of Plastic Pollution: Is Plastics Ban the Answer?”