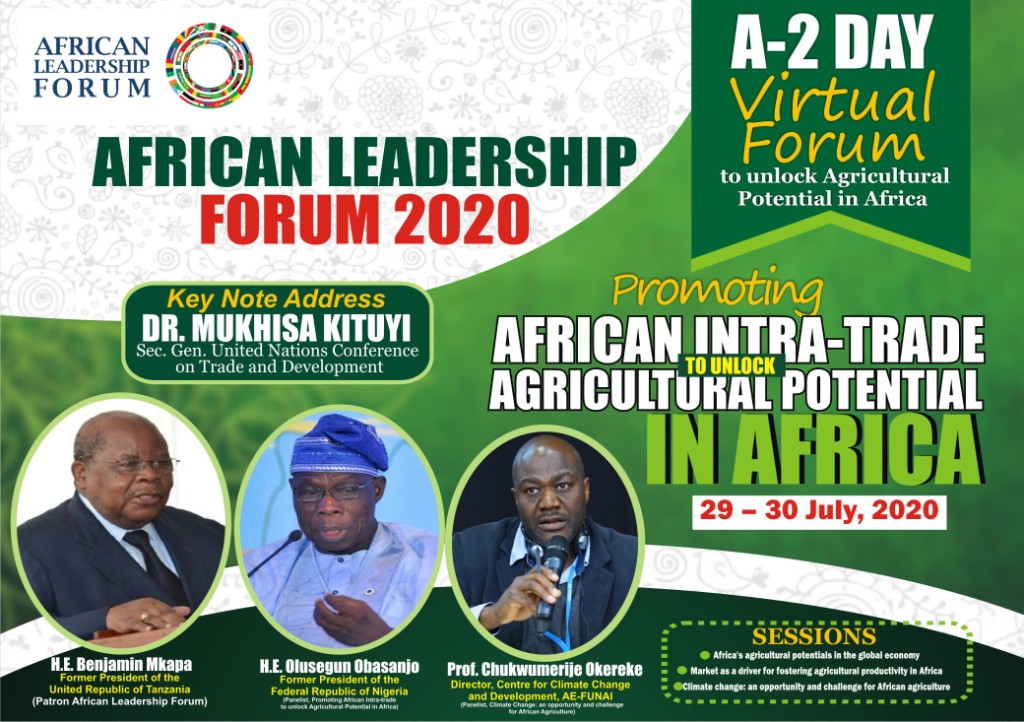 The Director of Centre for Climate Change and Development at Alex Ekwueme Federal University, Professor Chukwumerije Okereke will be participating in a forum alongside His Excellency Olusegun Obasanjo, other great personalities and people of influence from Africa.

The forum which is organized by African Leadership Forum and titled “Promoting Intra-trade to unlock Agricultural Potentials in Africa” is aimed at engaging high-level decision- makers and influential Africans to deliberate and have conversation on the prospect of encouraging internal trade to harness the agricultural potentials in Africa.

The conference which holds online from 29th – 30th July, will engage stakeholders around three sub themes: “Africa’s Agricultural Potentials in the Global Economy”, “Climate change: An Opportunity and Challenge for African Agriculture” and “Market as a driver for fostering agricultural productivity in Africa”.

The director will be among the panelists discussing Climate Change: An Opportunity and Challenge for African Agriculture”.

Reacting to the positive development, Professor Okereke said he was elated and delighted to be participating in such a high profile forum where the issues concerning African development would be discussed and pledged to make useful contributions that would help in reducing carbon emission in Africa. “I am delighted to have been invited to participate in this high profile event of great importance to Africa development and I look forward to contributing my quota in the quest to achieve low carbon and climate resilient growth in Africa.

The conference which has Dr. Mukhisa Kituyi, the Secretary General, United Nations Conference on Trade and Development as a Keynote Speaker, will have about ten former presidents of different African countries, representative of United Nations and other International bodies, respected Africans in the academia and other experts in climate change and Agriculture, in attendance.

African Leadership Forum is a platform set up for African Elders to interact and discuss with the present and future leaders on key issues affecting the continent. This year’s edition is the seventh edition of the annual conference since the forum came into existence in 2013.