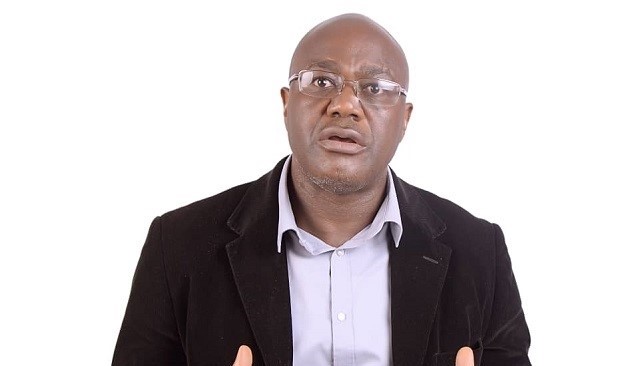 The Director Centre for Climate Change and Development Alex Ekwueme Federal University, Ndufu Alike, Prof. Chukwumerije Okereke, has advocated close collaboration and synergy among the National Union of Petroleum and Natural Gas Workers (NUPENG), government and other key stakeholders to ensure a just transition to green energy delivery in Nigeria.

Prof. Okereke said this while delivering a keynote address on “Just Energy Transition for Oil and Gas Workers Social Welfare and Security” at the Quadrennial Delegates Conference of the NUPENG on Tuesday, April 5, 2022, in Asaba, Delta State.

According to him, all stakeholders in the field of oil and gas should collaborate and form a strategic synergy as well as alliance to ensure that serious conversation on just transition in Nigeria begins in earnest.

While noting that the oil and gas sector plays a strategic role in the energy transition, the erudite Professor opined that this could be achieved through the mobilisation of oil and gas workers such as PENGASAN by NUPENG to clamour “for the establishment of a national dialogue on just transition” and the government constituting a Just Transition Task Force (JTTF) vested with the responsibility of getting the conversation on just transition onto the front burner of national green transition, “with a focus on implementing energy and climate justice, where workers’ welfare is paramount to any plan of reducing energy intensity of the economy”.

He added: “Nigerian workers are change agents. They can champion the cause to strengthen cooperation among all stakeholders through integrating interest of workers into the mitigation pathway. We say this bearing in mind that Just Transition agenda is not only limited to the oil and gas sector alone as it is a multi-sectoral approach which ensures holistic integration of all facets of the economy.

“Maintaining the progress of energy transition to stay on the track is the task of all. We need the support at individual, local, state and Federal Government. Even so, state-owned entities such as the recently unbundled NNPC and private companies, and other stakeholders are crucial to achieving just transition goals.”

Also speaking at the event, the Group Managing Director of the Nigerian National Petroleum Company Limited, Mele Kyari, called for the support of NUPENG, the National Association of Road Transport Owners, and other critical stakeholders in the oil and gas sector to tackle crude oil theft in the Niger Delta region.

He observed that the theft of crude oil has negative effect on the revenue of the Federal Government and has stopped the country from having much-needed fund to boost and stimulate economic development.

Mr. Kyari noted that a report released last month during a meeting on crude oil theft between the Nigerian Upstream Petroleum Regulatory Commission and Oil Producers Trade Section, as well as the Independent Petroleum Producers Group, showed that, between January 2021 and February 2022, Nigeria lost $3.2 billion to crude oil theft.

On his own part, the Governor of Delta State, Ifeanyi Okowa, represented by the Secretary to the State Government, Patrick Ukah, while declaring the conference open, said NUPENG was a critical stakeholder in the oil and gas sector and advised the organisation to always seek a common ground in settling industrial issues to ensure harmony in the sector.

In his opening speech, the National President of NUPENG, Williams Akporeha expressed disappointment on the inability of the government to revamp the nation’s four refineries.

He said Nigerians were losing patience and hope with the system, noting that the continuous reliance on importation of petroleum products is having grave negative economic consequences in the country.

Mr Akporeha called on the Federal Government to expedite action in turning around the refineries for the common good of all.

The 5th quadrennial delegates conference was attended by all the critical stakeholders including NNPC, Government and Nigerian Labour Congress.