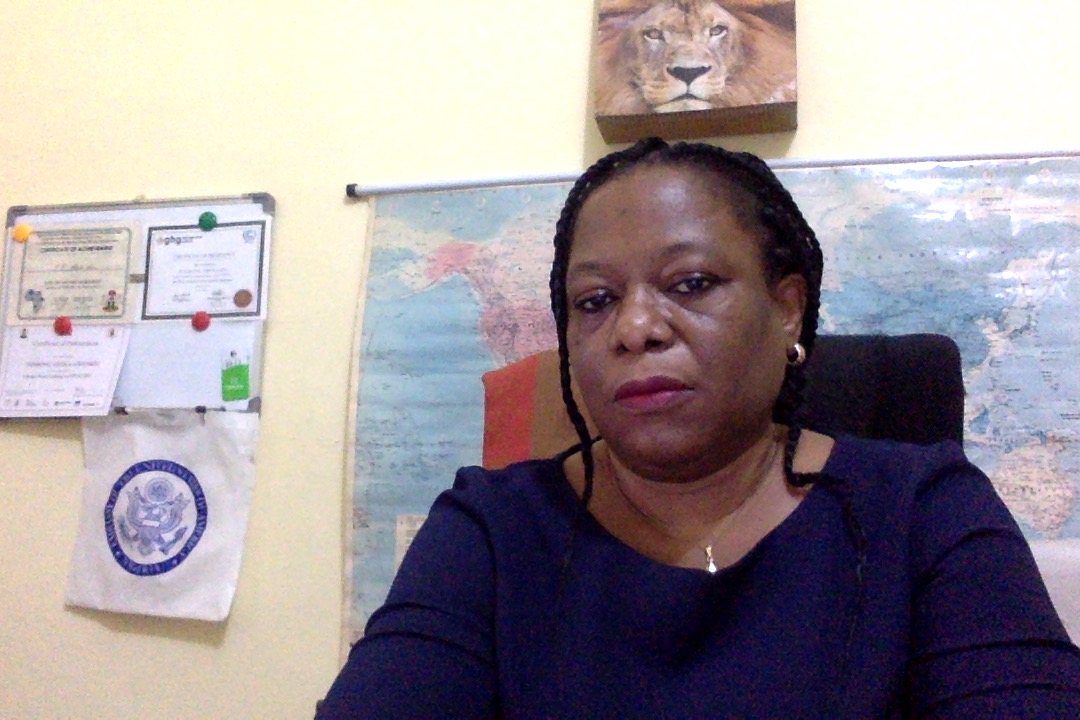 The Federal Government through the Department of Climate Change (DCC) has launched a project on elaboration of Nigeria’s long-term low emissions development strategy popularly known as the long-term strategy (LTS). The launching of the project took place at Sandralia Hotel, Abuja on Thursday 12th May 2022. The project aims to design a long-term strategy (LTS) for achieving of sustainable low carbon and climate-resilient development in Nigeria.

Speaking during the event, the director Department of Climate Change, Federal Ministry of Environment, Dr. Iniobong Abiola-Awe stated that the essence of the project was to complement the effort of the Federal Government in its quest to deliver on its commitment of reaching net-zero greenhouse gas (GHG) emissions by 2060. She pointed out that the DCC had developed a Long-Term vision (LTV) as a first contribution towards the elaboration of the full Long-Term Strategy (LTS).

Dr. Abiola-Awe noted that the objective of the LTS is to translate the vision into concrete and strategies that can guide action, policies and investments.

Addressing participants during the project launch on the topic ‘Understanding the Long-Term Low Emissions Development Strategy (LT-LEDS) -long-term strategy (LTS)’, Richard Baron, representing 2050 Pathway platform said that he was proud that 2050 pathways is able to support Nigeria to develop a robust LTS in fulfilment of key provisions in the Paris Agreement. He said he expected Nigeria’s LTS to give attention to just transition and that he would expect that gas would play a key role in electricity supply in net-zero pathway for Nigeria.

In his presentation, the Coordinator of LT-LEDS in Nigeria Dr. Eugene Itua, stressed the need for national ownership of the project, and the need for the active participation of all stakeholders, especially the Ministries Departments and Agencies (MDAs) that were affected by the issue of climate change.

Speaking on ‘Nigeria’s Net-Zero target: The linkages and expected synergies of LTS, DDP, ETP and NDC’, the Director of Centre for Climate Change and Development Alex Ekwueme Federal University Ndufu-Alike and the Project Coordinator Nigeria Deep Decarbonization Project (DDP), Prof. Chukwumerije Okereke highlighted the differences between the Nationally Determined Contributions (NDC), Long Term Vision (LTV), Deep Decarbonization Pathways (DDP), and the Energy Transition Plan (ETP). He explained that that while the NDC focused on a short-term ambition achievable by 2030, the LTS is a long-term deliverable spanning through 2060. He said that the DDP and the ETP are similar in that both plans are intended to provide pathways to a net zero emission for Nigeria. The DDP he says, will however cover more sectors than the ETP.

While commending the efforts that have gone into the preparation of the previous policy documents, he noted that the LTS will play a vital role in identifying and costing the measures that would help Nigeria achieve the net zero emissions pledge made by President Buhari at COP26 in Glasgow and long-term low carbon sustainable development.  He said he was very excited that the modelling work that will underpin the LTS will be done by Nigerian scientists and academics working in the Nigeria’s Decarbonization Project (DDP) noting that this would be the first time that Nigerians academics will be leading the modelling exercises to support the development of a major decarbonization plan for the country.

He said that while the Energy Transition Plans is a solid and valuable document, there are some important gaps. He said that the ETP did not cover emissions from Agriculture, Forestry and Other Land Use (AFOLU) which is a major source of GHG emissions in Nigeria. Further, Prof. Okereke promised that the steps, scenarios, data, and modelling tools used to arrive at the pathways for the LTS will be co-produced with stakeholders and open for public scrutiny.  He said this is another major difference between the LTS project and the Energy Transition Plan (ETP), which was developed using some proprietary softwares that are not easily available.

The special guest of honor for the event and the Permanent Ministry of Environment, Engr. Hassan Musa, who was represented by the Director of Human Resources, Mr Lawrence Adige declared the project open and inaugurated the Technical Working Group as well as the Steering Committee for the project. In his keynote speech he said that it was evident that Nigeria was already suffering from the effect of climate change and that all hands need to be on deck to turn the climate change into an opportunity for low carbon and climate resilient development in the country. He expressed the hope that the LTS will offer clear pathway through which Nigeria can grow her economy while taking ambitious climate action.

The project launch and inauguration of the Steering Committee and Technical Committee was attended by directors from several ministries who will act as the technical working group for the Nigeria Deep Decarbonization Project as well as the LTS Project. Civil Society Groups, and the Private Sector stakeholders were also represented in the event.