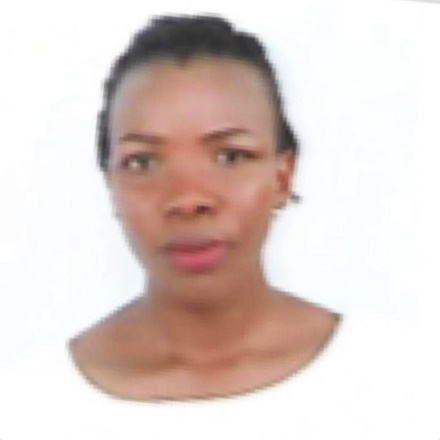 Author cccd_admin Categories Blog/News, NDC Blog Posts 1 Comment on Effects Of Climate Change On My Environment And How Nigeria’s NDCs Can Address It
Spread the love

Climate change refers to the significant changes in the global temperature, precipitation, wind pattern, and other measures of climate which occur over several decades, according to the Intergovernmental Panel on Climate Change. The vulnerability of North Central to climate change is linked to her reliance on climate-dependent activities such as Agriculture, this activity is climate regulated, so climate change impacts are exacerbated in this region.

On  26th of July 2020, Abuja recorded its worst flooding, a torrential rainfall which lasted for 6 hours left behind tales of pain as many houses were submerged, bridges collapsed, loss of properties and loss of human lives, flooding is just one out of the many impacts of climate change faced in the North Central, the continuous clash between the Fulani herdsmen and farmers is another example of climate change impact this is due to the struggle for land resources as a result of limited arable land resources, the high rate of deforestation in the North leading to desert encroachment has forced this herders to move down towards the North Central in search of pastures for their cattle, this always result in clashes with loss of lives and properties, this has led to food scarcity as most farmers are not able to engage in farming activities either due to destruction of their farmlands or insecurity, this has adverse impact on both livelihood and socio-economic status of majority of people in the North Central.

For farmers especially those in farm settlement area in Gwagwalada, a rural community in Abuja, most of their farming activities are carried out close to the river bank, this is because of the proximity to the river as a source of irrigation, the noticeable increase of the water level and most recently the flooding of the river bank which resulted in the washing off of their farmlands left an unforgettable sorrowful experience for them. Also, the loss of forest resources due to the high rate of deforestation has depleted most of the trees species, most households  depend on the charcoal trade as a source of livelihood, this trade results in the loss of forest resources and increases the climate change impact desertification, wind erosion are few of the consequences of this act.

One of Nigeria’s NDC priority sectors is Agriculture and Land use, this sector is of huge importance to Nigeria because more than 70% of the population are involved in Agriculture and agriculture-related activities, there is need to adopt both mitigation and adaptation strategy in dealing with the climate impact experience in this sector, there is need to provide farmers with climate-resilient seed species, this will help them adapt favorably to the challenges of low harvest yield as a result of climate change, there is need to adopt SMART-Agriculture techniques, this involves sets of strategies that provides both mitigation and adaptation approach in solving challenges faced in the Agriculture sector, rather than supply farmers with inorganic fertilizers which also contributes to Green House Gases, the government should encourage the use of organic fertilizers and develop the capacity of farmers through extension education on the impact of climate change to agriculture, the government should also encourage more farmers to engage in Agroforestry; which is a practice of raising both agricultural crops and tree crops, these tree crops will help restore soil fertility and also act as windbreak which will prevent wind erosion and reduce desert encroachment which is faced in the North, there is a need to raise awareness on a switch to other renewable and environmentally friendly fuel for cooking, such as cooking stove and Liquefied Natural Gas, government can partner with private organizations to subsidize these and give out to households where there is a huge dependence on fire wood and charcoal, this will help to reduce deforestation and desertification in these areas.

Conclusively, looking at Nigeria’s NDC,  reducing our GHGs both directly and indirectly by 65% is an ambitious plan, but there is a need to develop collaboration with stakeholders whose actions or activities contributes to climate change and who are also impacted by the effects of climate change, these stakeholders include farmers and indigenous people who live in rural and marginalized communities, the government most times fail to include these people during policy drafting and when the policy is finally approved, enforcement becomes a problem. To achieve success in the NDC, it is important that everyone is actively involved in all the processes.

Ngozi’s essay emerged the second runner up for the maiden edition of the NDC essay competition organized by the Centre for Climate Change and Development, Alex Ekwueme Federal University Ndufu Alike Nigeria in collaboration with World Resources Institute (WRI).