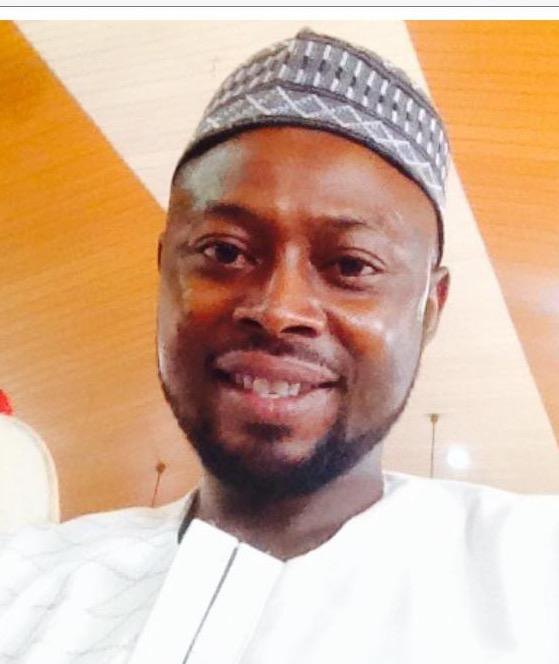 Author cccd_admin Categories Blog/News, NDC Blog Posts 1 Comment on Effects Of Climate Change In Nigeria And How Nigeria’s NDC’s Can Address It
Spread the love

Climate change has not only become a trending issue across the globe but a popular issue in Nigeria today, upon which sustainability and urbanization depends. It is a salient predictor of whether there will be future generations or not. Our routine ecological discourse and political debates as a people would be how to deal with this risks on the changing climate conditions. We must not necessarily have the Eagles eyesight nor be geniuses to perceive this waves of impending calamity especially if we do nothing or politicize, pretend and ignore it. We are saddled with the core obligation of safeguarding and transferring a conducive unimpaired environment/planet to the next generation. Any action on climate change must be swift and calls for pluralistic participation as any further delay might be disastrous and consequently, money will be lavishly wasted and many lives would kiss the sand underneath the earth’s surface. Every other interests we nurture in life only plays a second fiddle to the air we inhale and the water we drink. If that is correct, then we must arise as a nation and get our priorities right. Climate change posits imminent dangers to which we must respond aggressively and brace up to the challenge posing even a greater threat to our future generations as against sitting on the fence, basking in the euphoria of pretense or negligence while leaving our fate to chance. The oceans are rising, the temperature, frequency of storms, drought and flooding are increasing in intensity, therefore we should reciprocate by arising to do something now or never because it would have been too late….to start digging the well when the house is already on fire or to start crying after the head is dismembered/severed from the body. It is appalling and disheartening that we have to engage our own government in a scuffle to save the environment. Our environment is changing why shouldn’t we? It is the peak of insensitivity and the greatest crime against humanity to do nothing in this absolutely critical moment in the history of our environment being threatened in horrendous ways because we can at least do little. We do not have country B or alternative environment to install or superimpose if Nigeria slip down the drainage for want of care. Therefore, we all must be part of the solution to make our environment safe, don’t be part of the pollution.

Climate is usually defined as the average weather condition prevailing in a place for a long period of time. It includes patterns of temperature, precipitation (rain or snow), humidity, wind and seasons which play a fundamental role in shaping natural ecosystems, and the human economies and cultures that depend on them. Nigeria is renowned for her moderately favorable tropical climate with variable rainy and dry seasons, depending on location. However, the climate we have come to expect is not what it used to be, because the past is no longer a reliable predictor of the future.

Climate change is a change in the statistical distribution of weather patterns or properties (principally its mean and spread) of the climate system when that change lasts for an extended period of time (say decade to millions of years), regardless of cause. Climate change also referred to as “global warming” is the rise in average surface temperatures on earth, mostly due to the burning of fossil fuels, which releases carbon dioxide and greenhouse gases into the air. The gases trap heat within the atmosphere, which can have a range of effects on ecosystems, including rising sea levels, severe weather events, droughts that render landscapes more susceptible to wildfires, melting snow and ice, more extreme heat events, more extreme storms, rainfall and floods. Climate change is caused by factors such as biotic processes, variations in solar radiation received by earth, plate tectonics, volcanic eruptions and primarily, certain human activities.

Effects of Climate Change in Nigeria

Our climate is changing with disruptive impacts and that change is accelerating faster than any seen in the last centuries. Scientists project that these trends will continue and in some cases accelerate, posing significant risks to human health, our forests, agriculture, freshwater supplies, coastlines, and other natural resources that are vital to different countries economy, environment, and our quality of life.

Climate change and global warming if left unchecked will cause adverse effects on livelihoods in Nigeria, such as crop production, livestock production, fisheries, forestry and post-harvest activities, because the rainfall regimes and patterns or hydrological cycles will be altered, floods which devastate farmlands would occur, increase in temperature and humidity which increases pest and disease would occur and other natural disasters like floods, ocean and storm surges, which not only damage Nigerian’s livelihood but also cause harm to life and property, would happen with attendant implications for future food availability.

Food and Agricultural Organization (2004) estimated 25% loss of cereals, 37% loss of root and tubers and 53% loss of fruits in developing world as a result of factors ranging from weather conditions, production practices to harvesting, handling of processing. It is projected that crop yield may fall by 10-20% by 2050 or even up to 50% due to climate change (FAO, 2006)

Monday March 10, 2010, almost all the flights at the nation’s airports were canceled or delayed due to the emergence of a thick fog in the atmosphere. The visibility was poor from less than 500 meters and this posed danger for aircraft all over the region.

The Federal Ministry of Environment warned in Abuja that the dusty and hazy weather would trigger certain ailments amongst the populace who were not ready for the unusual weather. The dust propagating various viruses and bacteria in the atmosphere would trigger droplet airborne infections.

Incidences of meningitis have been on the increase in Nigeria for the past two-years as a result of excessive heat. This year 2020, has been unbearably hot in Nigeria and other countries in Sub Saharan Africa. In Nigeria the eleven frontline states in the north that have suffered from desert encroachment have been suffering from heat related ailments. The dryness has led to dry waterbeds and movement of people and their pasture to the southern regions thus causing tension and conflicts between the original inhabitants and the new comers

Climate change is a serious threat to efforts at poverty eradication program, and sustainable development in Nigeria because the country have large rural population directly depending on climate sensitive economic and development sectors (Agriculture and fisheries).

There were indications in the past one month that many people were treated for acute pneumonia in some hospitals as a result of this erratic and unpredictable weather which has also confused farmers about planting seasons raising fear about food production and security. Cases of Tuberculosis have also been on the increase. Heat rashes had been noticed amongst the populace within the period of intense heat.

Multiple droughts caused by climate change have resulted in dry streams, withered and abandoned crops, dead fish, record low rivers and declining ground water levels. This has led to less summer water for farms, cities and forests, less water for irrigation due to earlier high river flows and decreasing soil moisture amongst others.

Kelechi’s essay is the winning essay for the maiden edition of the NDC essay competition organized by the Centre for Climate Change and Development, Alex Ekwueme Federal University Ndufu Alike Nigeria