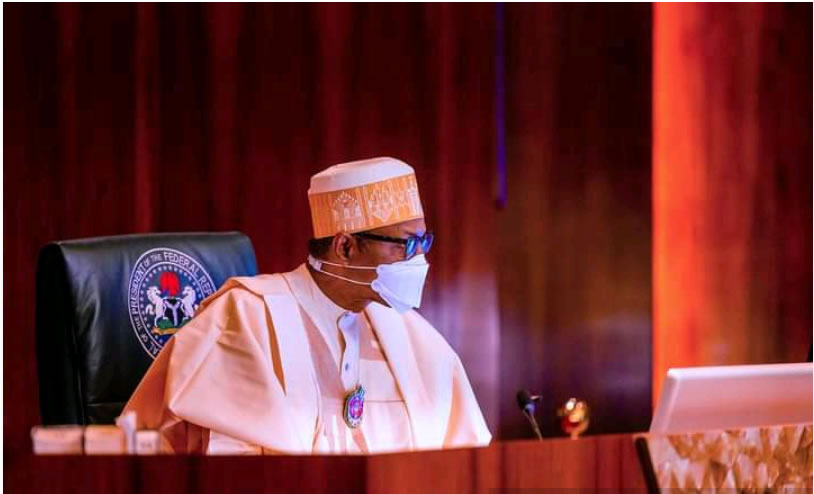 Civil Society Organizations in the country have condemned the non-implementation of provisions of the Climate Change Act 2021 by Nigeria’s Federal Government.

They expressed dismay at the lack of actions in activating the core provisions of the act, eight months after it was signed into law by President Muhammadu Buhari.

The leaders of Civil Society Organisations and other experts in climate change sector therefore demanded for immediate implementation of the act by the Federal Government of Nigeria.

According to them, this is to ensure that the country achieve its 2060 net zero ambition and reduce the devastating effects of climate change across  the country.

The Civil Society Organisation leaders made the call on at the weekend during a workshop with the theme “Understanding and Implementation of Nigeria’s Climate Change Act: Implications for Nigeria’s Net Zero Target”.

The virtual workshop was organized by the Society for Planet Prosperity in collaboration with the Centre for Climate Change and Development Alex Ekwueme Federal University Ndufu Alike (CCCD AEFUNAI) and Global Environmental and Climate Conservation Initiative (GECCI).

The CSOs leaders expressed dissatisfaction with the government’s inability to implement the content of the climate change act which had been signed into law since November, 2021.

They wondered what could be the cause for the delay in constituting and setting up the National Council on Climate Change to champion climate action as captured in the Act.

They noted that the continued delay in the implementation of climate change would portray the image of the country bad in the international arena and also give the impression of unseriousness to the issue of climate change mitigation.

Speaking during the virtual event, a member representing Ikwuano/Umuahia North and South Federal Constituency at the House of Representatives and the sponsor of the Climate Change bill before it was passed into law in 2021, Hon. Sam Onuigbo narrated how the devastating effect of climate change in his community spurred him into initiating and sponsoring the climate change bill.

He stressed that if government further delays in implementing the climate change act, it would be setting the country up for more devastating effects of climate change such as flooding and desertification

He argued that the majority of the communal and land clashes in the country were orchestrated by the effect of climate change.

“Lack of implementation of the Climate Change Act is exacerbating the insecurity challenges in the country. The Federal Government ought to have inaugurated the council before now, so as to demand a report from the Director General of the Council”, he said

Hon. Onuigbo therefore called on the federal government to immediately set the ball rolling by constituting the National Council on Climate Change which would pilot the implementation of the act, if the country can achieve the 2060 net zero projections.

In his presentation, titled “Nigeria’s Climate Change Act (CCA), 2021”, the Director of Global Legislators Organisation for a Balanced Environment (GLOBE), Mr. Nnaemeka Oruh, stressed that the Act was made to address climate issues in the country and called for all hands to be on deck to ensure full implementation of the Act.

He called on the relevant government agencies to work fast and ensure the proper implementation of the Act.

She advocated for CSOs desks in all relevant MDAs and the Council Secretariat as it would assist in ensuring that the CCA is fully implemented.

Barr. Nkiruka also called for a National CSOs conference on Nigeria’s CCA to provide a platform for all CSOs to collaborate and engage in the implementation and monitoring of the CCA.

The virtual workshop, which was attended by about 60 CSOs, was moderated by Prof. Chukwumerije Okereke, the Executive Director, Society of Planet Prosperity and Director, Centre for Climate Change and Development Alex Ekwueme Federal University, Ndufu Alike.