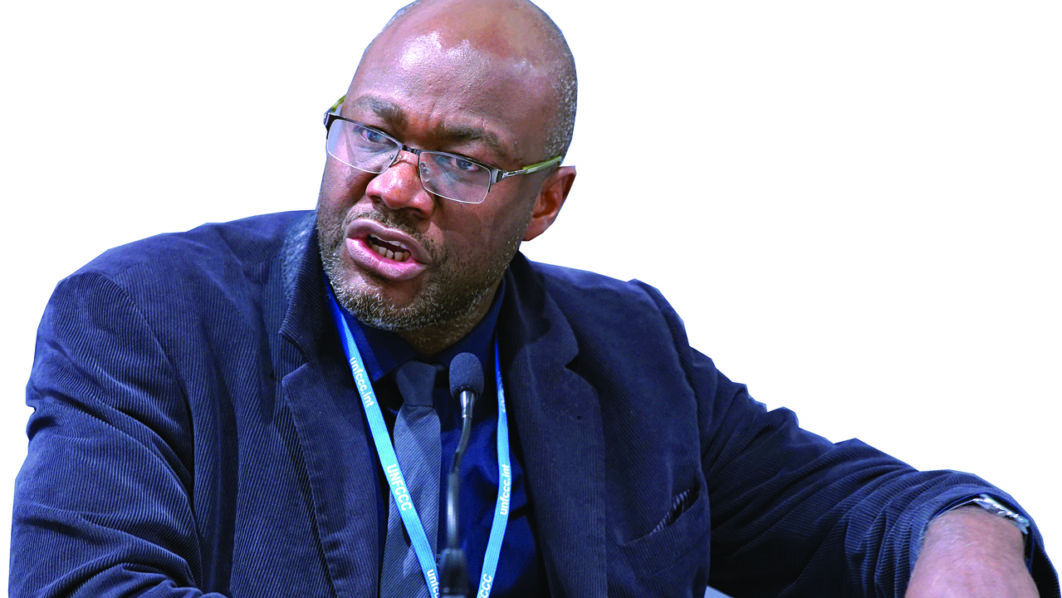 We are now a few days away from the UN’s COP26 in Glasgow where critical decisions that will shape the future of climate governance will be made. As the continent least responsible for, and yet most vulnerable to climate change, African governments cannot afford to be complacent on the need for strong negotiating positions and astute diplomacy in order to get good outcomes from the UN meeting. Of the many negotiation issues that concern Africa, climate finance has to be among the priorities.

We are aware that several months of pressure from climate advocates yielded significant climate finance pledges from world leaders at the recently concluded76th UN General Assembly (UNGA) in New York.  The US President Joe Biden doubled the US Government climate finance pledge from $5.7bn to $11.4bn per year by 2024 and promised “a new era of relentless diplomacy” of using the power of America’s development aid to lift people up around the world.”  Boris Johnson of the United Kingdom touted his country pledge of 11.1 billion pounds made at UNGA last year and indicated that the UK would be open to increasing its climate finance commitment at COP26 in Glasgow next month. On his part, President Xi Jinping of China promised to end coal finance abroad and indicated that China will instead increase its funding of clean energy around the world.

But while these new financial pledges are commendable, it is important that African leaders are not naïve or ignorant about a host of outstanding issues on climate finance in COP26 the outcome of which can either accelerate or hinder the climate-resilient and sustainable development of Africa.  Here are some of the critical ones:

The Issue of Adequacy. For a long time, rich countries have treated the $100billion as a high mark target the fulfilment of which will absolve them of their climate justice responsibilities.  The reality, however is that the $100 billion pledged by rich countries is actually a tiny drop compared to what climate change is costing and will cost developing countries. A study conducted by the UK Department for International Development, now part of Foreign and Commonwealth Development Office indicates that the cost of climate change to Nigeria is about $100 billion by 2020 and $460 billion per year by 2050.  According to official figures, the 2012 flooding event in Nigeria cost the country about $16 billion in direct and indirect damages. The cost of much bigger subsequent events since 2013 have not been calculated. The World Bank calculates that the cost of cyclone Idai which devastated Malawi, Mozambique and Zimbawe in 2019 at $2billion.  These are just a few examples. So, while rich countries are still far away from meeting the $100 billion per year goal even with the new pledges the truth is that the cost of climate change for Africa alone runs into trillions of dollars per year and several times over if one includes the cost of climate change on the rest of the developing countries of the world. So, while the euphoria that greeted the new climate change pledges is understandable, African government must set their sight on getting rich countries that are responsible for climate change to increase their pledges in COP26.  Furthermore, African leaders must press to see a vast increase in adaptation finance which currently constitutes less than 25% of total climate finance. They should urge other countries to emulate Denmark which has pledged to devote equal amount of its climate pledge to climate adaptation and mitigation.

The Issue of Additionality:  In the first major text of United Nations agreement on climate change, signed in 1992, it was agreed that the climate finance which rich countries will provide to Africa and other developing countries around the world should be new and additional to existing Overseas Development Assistance. The reason for this decision was that climate change impact and adaptation measures pose incremental costs on existing burden of development. As such the UN Convention makes climate action in developing countries conditional on the “adequacy and predictability in the flow of funds” from rich to poor countries. However, despite the clarity of the rules rich countries have long been repackaging their traditional ODA money as climate finance. There are several instances where funding that would ordinarily support energy, transportation, education, and agricultural development are now rebranded as climate finance and counted as part of the rich countries steps to meeting their climate finance obligations. This is simply akin to cheating. This is, in fact a travesty especially given that developed countries have for a very long time been failing to meet the 0.7% of the GDP transfer.  It is therefore possible that the whole funding flowing to Africa can actually be far less than they could have received in the absence of climate finance. Current accounting and reporting measures are simply so opaque that it is actually hard for anyone to verify exactly how much rich countries are giving as climate finance.

The Energy Security Issue: Africa is energy impoverished. The total installed electricity capacity in Africa is 147 GW equivalent to what China installs in one or two years. The whole of Nigeria has an installed capacity equal to that of London Heathrow Airport. Africa’s needs to increase its capacity at least 6% per year to stand a chance of meeting universal access by 2050. Unless this gap is closed Africa will remain a dark and poor continent. The question that arises is whether these new promises of climate finance from rich countries will help to fund energy security in Africa especially when they are most likely to come with tough conditionalities including the defunding of coal, oil and gas investments? It is instructive that while many rich countries are pledging to stop investment in gas in Africa, many still retain gas as a part of their long-term energy portfolio. It is also telling that China’s pledge to end coal production does not cover domestic coal which accounts for well over 55% of its domestic energy consumption. African leaders must therefore focus on how to unlock the scale of finance and investment needed to secure energy security for Africa now and the years to come.  Unless there is a radical change, over 40% of African population will stull be cooking with dirty wood fuel, charcoal and animal dung by 2050. Making finance flows consistent with pathway towards low GHG emissions and climate-resilient development is critical to meeting commitment of the Paris Agreement and the developmental needs of Africa.

External and Internal Transparency.  A landscape of loosely defined, fragmented, unpredictable and opaque climate finance will not foster the end of climate insolvency in Africa but could rather imposes new risks on all. Africa must ask for an increase in the overall amount of climate finance but also that a specific percentage be devoted specifically to Africa. At COP26 Africa should ask for greater transparency and accountability to ensure that rich countries are not robbing traditional ODA to pay their climate finance bills. Beyond the COP, African leaders must vigorously reject climate finance conditionalities that seek to compromise the energy security of their countries while at the same time showing demonstratable commitment to embrace renewables as the energy of the future. Africa must also invest its resources to develop capabilities in manufacture and deployment of renewable energy technologies to meet their growing energy demands.  They must know that switching from dependence on the importation of fossil fuel from Europe to dependence on Chinese imported solar panels is not a good definition of sustainable green transition for Africa.