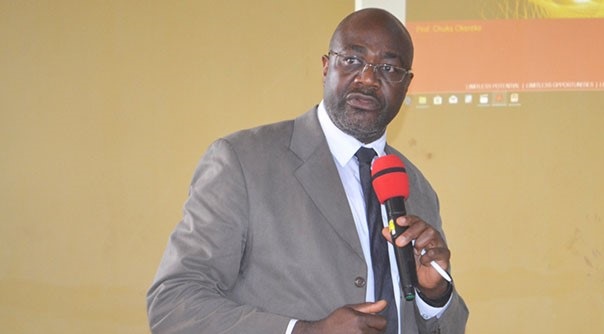 Director, Centre for Climate Change and Development at the Alex Ekwueme Federal University, Ebonyi State, Prof. Chuwumerije Okereke, says climate change will cost Nigeria $460 billion by 2050, if action is not taken to mitigate its effects.

Okereke made the disclosure on the sidelines of the ninth international Lagos Climate Change Summit held recently in Lagos.

“And this represents a huge amount of our Gross Domestic Product (GDP).

The expert, who is also a visiting professor to Oxford University, said that climate change was already having untold effect on flooding and rising sea levels in the country.

According to Okereke, flooding is already affecting 25 million people in Nigeria.

“In Yenegoa, there are 302,782 people estimated to be exposed to high flood risk along the Niger-Benue basin in the Niger Delta area with 630km of land susceptible to flooding.

“The direct estimate of damage and loss is N1.48 trillion. The total damage and loss, including indirect ones due to flooding is about N2.6 trillion,” Okereke said.

He said that with the rise in sea level, an estimated 27 to 53 million people in the country might need to be relocated with a 0.5m increase in sea levels.

Okereke said that coastal settlements like Bonny, Forcados, Lagos, Port Harcourt, Warri and Calabar were at risk with vast amount of oil infrastructure.

He noted that the country had mapped out a lot of interesting policies to mitigate the effects of climate change.

Okereke listed the policies as long-term sustainability plan to achieve a net zero emission target by 2060 and determined contribution to aggressively embark on actions to mitigate the impact change.

“All these are very fascinating, interesting policies.

“However, the action on the ground does not come anywhere near what is needed to arrest the situation to address the impact of climate change and to also reduce emissions from economic wide activity.

“So, we have a situation where we have a lot of various policies, documents, but very limited action on the ground and this worries me because I have been shouting that climate change poses an existential threat to Nigeria,” Okereke said.

He urged the government to match action with the right policies to achieved the desired result.

“We need to inject a lot of finance and a lot of action to stem the problem of climate change,” Okereke said.

He noted that the impact of climate change on our agricultural system was extremely high.

Okereke said that many Nigerians engage in one kind of agricultural activity or the other and agriculture constitutes about 26 per cent of the nation’s GDP.

“With climate change, you will have drought and it will affect different crops and impose even stronger, negative implications on food security system in the country.

“I have also argued that the depletion of the groundwater around the country caused by climate change and movement of people from the north to the south thereby fuelling insecurity.

And all of these things are threatening the existence and the wellbeing of millions of Nigerians,” Okereke said.

(this was first published by Environews)