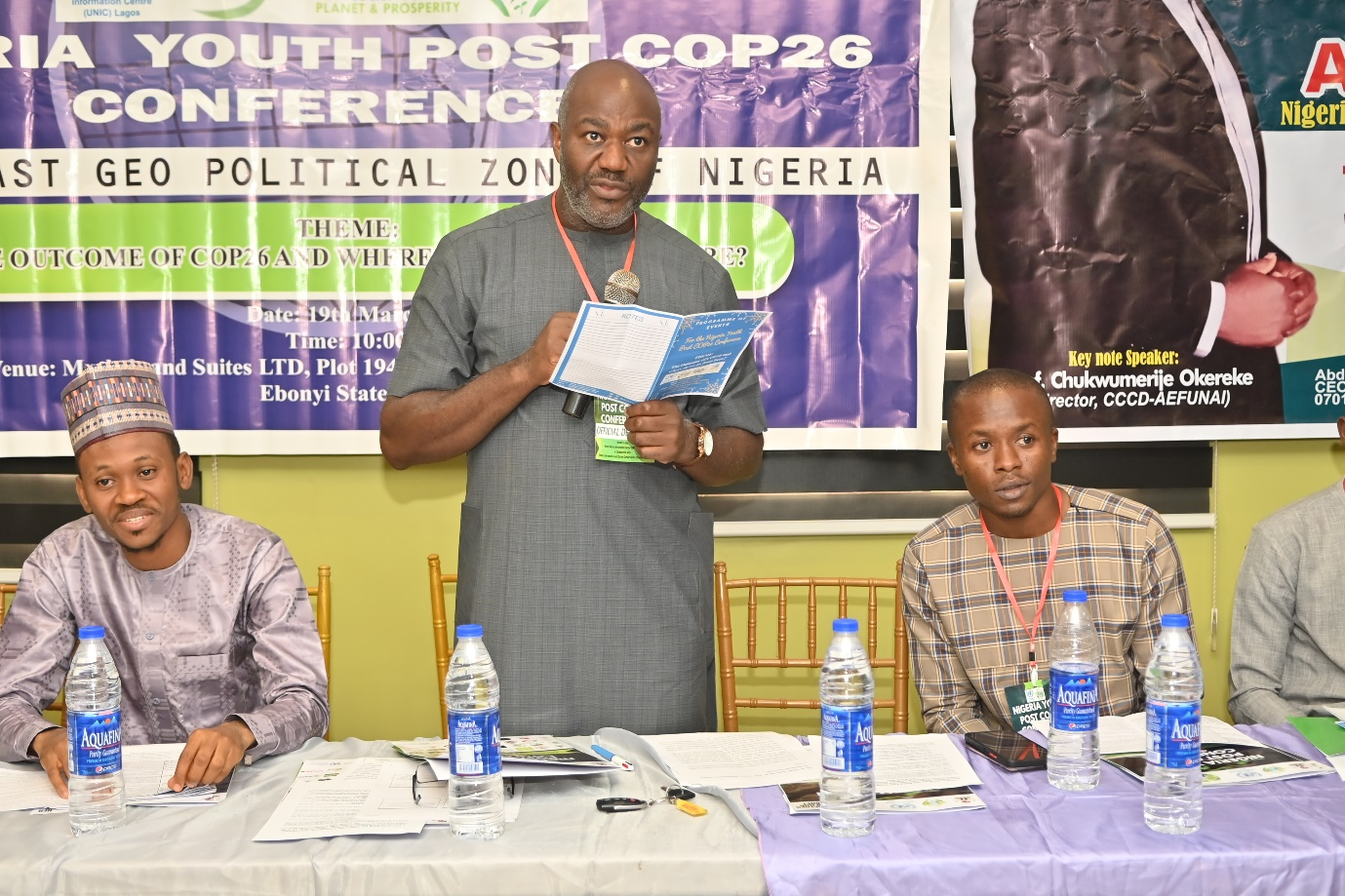 The Director of Centre for Climate Change and Development Alex Ekwueme Federal University Ndufu Alike, Prof. Chukwumerije Okereke has promised to partner with youth led climate change and environmental organisations to conduct massive climate education programmes that would touch every part of the country for the next 5 years.

According to him, the Centre would provide part of the resources, intelligence and capacity to design such project and he called on the organizer to work with other organisations to come up with suggestions on how the programme can become a reality.

He noted that the youth possess the needed energy and capacity to drive the campaign for the implementation of the Nationally Determined Contributions (NDC), Climate Change Act and other Long term vision policies enacted by the Nigerian government stressing that the young people who still have number of years would bear the brunt of the climate change in the future if nothing is done to ensure that the government intentionally implement the content the NDC and the Climate Change act to avert the looming catastrophic consequences.

Prof. Chukwumerije, however, thank the Federal Government of Nigeria for its commitments so far in investing and developing different climate change policies such the NDCs and Climate Change act aimed at mitigating climate change and ensuring adaptation in the country but, argued that existing policy documents do not have well spelt out programmes that will ensure that the set target of reducing emission in the country would be achieved.

In his opening remarks, the Ebonyi State Vice President of Global Environmental and Climate Conservation Initiative Amb. Ukachukwu Macpherson Ifeanyi, said that the conference became imperative to address the role of Nigeria youth in climate change mitigation and adaptation due to the fact that climate change posed a great danger to the survival of mankind. He called on Nigeria youth to come together and form a common front in the crusade for climate change action in Nigeria.

In his closing remarks, the CEO Global Environmental and Climate Conservation Initiative (GECCI) thanked the people who attended the conference and admonished them to pass the information and knowledge from the conference to the neighbours and friends.